It’s already been over three months since I left home(!) and as some of you know I was talking about blogging a bit while traveling so I think it’s about time I get started. It’s taken me a while; turns out that to blog you need a few things, a pc that works, internet and time. I’ve had neither. My pc (probably full of sand, salt and moisture) only starts sometimes and never with all the keys of the keyboard working at the same time, I rarely have wi-fi and when I do it’s usually very slow and limited and when it comes to time, there’s just never enough of it. I’m always on the move and there’s something happening all the time so it’s very hard to sit down for long enough to write something. Maybe I’ll get better later if I get tired of the beaches or if someone steals my hammock or if Africa runs out of beer? If not this might end up being the worst blog ever…

Nonetheless I’ll put it out there so at least you can follow where I am on the map that I try to keep more or less updated.

I’m now in Mosambique and this is the 4th country I’m visiting on this trip. I started in Cape Town and the first month I travelled in South Africa, first along the part of the coast called the Garden Route with the highlights being the Cape of Good Hope and the people and tequila in Wilderness. Next I went to Durban to meet up with my friend Kristin who came from Norway to visit me?. We went back down the coast a bit to the Wild Coast and really got to see the wild side of it. Back in Durban we flew via Johannesburg to Antananarivo, the capital of Madagascar. Kristin and I had a very nice week together in Madagascar (Lemurs!) before she had to go home. I stayed in Madagascar and spent 6 exciting weeks volunteering with Blue Ventures in Andavadoaka.

After Madagascar I went back to Joburg and spent a lovely, relaxing week there. Then I was of to Swaziland for 5 rainy, but nice days and now I’ve finally made it to the coast of Mosambique. So nice to have some beaches to be on and reefs to dive on again! Tofo is the kind of place people come to for a 10 days holiday and end up staying for 10 years.  I’m planning on heading further north during the weekend, let’s see how that goes.

That’s it for now, only took me 104 days to write that so stay tuned and expect me to be back with new updates very soon! 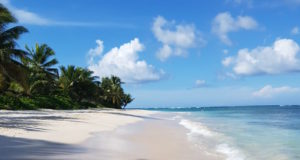 Hi, I'm Torunn and I've been bitten by that bug that makes it kind of hard to stay at home. Currently I'm discovering new places in Africa. Follow me on this site to see what I'm up to.